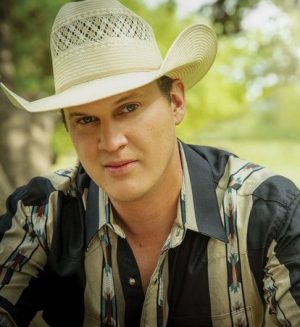 Jon Pardi is racing toward a unique headlining concert. He’ll top a bill on Saturday (August 7) in Nashville, taking the pole position for a high-octane set during the Big Machine Music City Grand Prix. The night-two concert will take place in the middle of a whole weekend of street racing in Music City — and just ahead of the main event, Nashville’s first-ever IndyCar street race. Set for August 6-8, the Big Machine Music City Grand Prix features three days of racing and only-in-Nashville thrills, including daily races, live music on multiple stages, food experiences and a nightly headline concert. A temporary 2.17-mile grand prix circuit will be built on the streets of Nashville and around the Nissan Stadium campus, giving new meaning to the phrase “Nashville traffic.” Read the full story HERE.
Copyright © SoundsLikeNasville.com | All Rights Reserved 7.7.21

Chris Stapleton, Mickey Guyton and a few other country artists are among the acts from all genres paying tribute to the legendary rock band Metallica on a new project. The Metallica Blacklist collects more than four dozen artists, all covering their favorite song from Metallica’s lauded self-titled album from 1991, more commonly known as The Black Album. A total of 53 artists took part in sessions for The Metallica Blacklist. In addition to Stapleton and Guyton, Jason Isbell and the 400 Unit, Jon Pardi, Darius Rucker and the folk-rock band Goodnight, Texas are the project’s country, Americana and folk ambassadors. The list of participating artists also includes, among many others, Miley Cyrus, Weezer and many more. Due out on Sept. 10, The Metallica Blacklist is available on both vinyl and CD, and as a digital download. Find more details at Metallica.com.
Copyright © Metallica.com | All Rights Reserved 6.22.21

Just in time for its 20th anniversary, the Austin City Limits Music Festival will return in person in 2021, bringing a diverse array of acts to its eight stages in the first two weekends of October. The country genre will be well represented this year at the all-genre fest. George Strait is a headlining act. Also performing are Jon Pardi, Cam and Tanya Tucker. ACL Fest will take place at Austin, Texas’ Zilker Park on October 1-3 and October 8-10. Tickets are on sale now.
Copyright © Instagram.com | All Rights Reserved 5.20.21