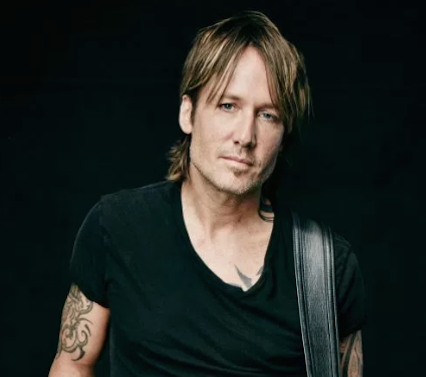 Singles:
We Were
God Whispered Your Name
One Too Many (feat: Pink)

Keith Urban has been chosen to join the superstar-studded lineup of 2021’s Global Citizen Live, a 24-hour broadcast aimed at defending the planet, and defeating poverty.  With performances and events filmed across six continents and celebrities from every corner of pop culture, the live-streaming marathon is a fusion of music and activism, back for a second year. And it will once again raise awareness for efforts to end extreme poverty around the world. Along with Keith Urban, other performers include Adam Lambert, Alessia Cara, Billie Eilish, Camila Cabello, Coldplay, Demi Lovato with more to be announced in coming weeks. According to the Global Citizen Live website, musical performances and live events will be filmed in Africa, Asia, Australia, Europe, and North and South America, with the action airing on ABC, BBC, FX, Hulu, YouTube, Twitter, and more. It all takes place on Saturday, September 25.  Read the full story HERE.
Copyright © SoundsLikeNasville.com | All Rights Reserved 7.14.21

Keith Urban Returns As Coach On The Voice Australia

Keith Urban has returned as a coach to The Voice Australia, and the first look at the new season has arrived. He’ll be joined by Rita Ora, Guy Sebastian and Jessica Mauboy. The four coaches turn in a stellar, colorful performance of Justin Timberlake’s global hit “Can’t Stop The Feeling!”  The Voice Australia will premiere on the Seven Network following the Olympics.
Copyright © UMGPressRoom | All Rights Reserved 6.16.21

Keith Urban has put his cards on the table for new shows in Las Vegas, re-announcing his Keith Urban Live – Las Vegas residency. Set for a return to The Colosseum at Caesars Palace, Urban’s got five new dates listed between September 17 – 25, 2021, letting fans get a rare, up-close-and personal view of his acclaimed performance style. Tickets are on sale now. Get the details HERE.
Copyright © SoundsLikeNashville.com | All Rights Reserved 6.1.21